Street Food Jakarta – Jakarta is the capital city of one of the biggest archipelago countries in the world, Indonesia. As the capital city, Jakarta has been bustling, being the center of mixed culture and traditions. All kinds of foods are available in Jakarta.

From east to the west, each region has its own unique taste blended together, making Jakarta a melting pot. Each dishes has its own version – from the fancy ones you could find in the best restaurants in Jakarta, to the food stalls and street food havens found in every region in Jakarta. If you’re ever bored of those fancy dining, Jakarta has many lively street foods you can pick from to satisfy your taste buds, with the classic recipes or odd creations that will spark your curiosity.

Nasi goreng or fried rice seems to be the ubiquitous dish in Indonesia where you can literally find it everywhere in the region. However, one particular fried rice in Jakarta namely Nasi Goreng Kambing Kebon Sirih has been maintaining its legendary recipe.

This was established in 1958 and now is managed by the grandson. People have been flocking this food stall in Kebon Sirih for its strong spices and Indonesian taste aside from the spectacular “cooking show” showing how it’s cooked in a wok.

Bubur Ayam or chicken porridge might be the easiest dish you can find in Jakarta. In every corner of the street, you can find small stalls selling bubur ayam. One chicken porridge in Jakarta, specifically in Barito region, has been a favorite for many people. Bubur ayam is usually served with shredded chicken, clear soup, peanuts, and cakwe, while Bubur Ayam Barito serves its porridge with cheese sticks to add some quirk on top of it!

Gulai is one of many popular street foods in many regions including in Jakarta. One gulai in Jalan Mahakam however, has been serving its signature gulai from night to day (literally). People have been flocking in to taste the special spicy and savory taste of this curry. This stall is open from 5 PM to 4 AM and people endlessly swarming this stall for its delicious taste. Many who have been tasting it are unable to hold themselves for the 2nd or 3rd serving.

North Jakarta is one region in Jakarta close to the sea, making this part of the town rich with seafood delicacies. One of the famous seafood stalls in North Jakarta is Seafood Ayu in Kelapa Gading. From the look of it, this stall is just like any other humble stalls, but people have been enjoying sort of sea delicacies such as crabs, prawns, and various fishes. They serve big portions with affordable prices, guaranteed to satisfy your taste for something fresh!

Street food in Jakarta is comprised of many things, ranging from the main course, dessert, and light meals such as roti bakar or toast. Roti bakar is one of the many popular snacks in Indonesia. It can be easily found in food stalls and at fancy ones. Roti Bakar Eddy, however, is an exception. Established since 1980, this toast now has many branches in Jakarta. The highlight of this toast is the perfect balance of sweetness, cheese, combined in their own homemade bread.

Mie Ayam or chicken noodle has always been Indonesia’s favorite street food. This dish can be found everywhere with various prices and creations although originally, it’s from the Chinese. One particular chicken noodle namely Mie Ayam Gondangdia has been consistent to its customers since decades ago. This chicken noodle in Menteng is legendary for serving Chinese-style chicken noodle. Established in 1968, it has been run by the 3rd generations.

In many regions, instant noodle might be the last thing to go. It is used to be a replacement where there isn’t staple food available. However, Indonesian instant noodle has been taking place as Indonesia’s “staple” food. You can find warung or stall selling instant noodles with many variations all over the city called Warmindo, an abbreviation for Warung Indomie. One particular Warmindo namely Warmindo Abang Adek however, serving a rather unique taste for its customer.

This is popular for being a very spicy variation. You will be asked how many chilies you want to be in your food. You can opt to play safe with only 3 or 5 chilies to the overwhelming 100 chilies! Keep in mind to stay on your limits to avoid any illness.

Get one of your favorite food in Jakarta, book a hotel in jakarta and rent a car to ease your mobilization and taste one of these legendary delicacies! 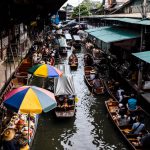 7 Best Floating Markets in Bangkok You Must Visit 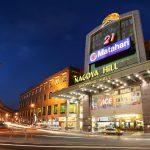 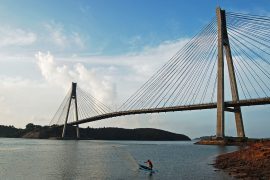 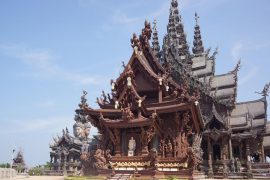