Angkor Wat is Cambodia’s heart and soul. It’s also known as the temple city. It’s even featured on their national flag, meaning that this temple plays a very important role to the Cambodian people. Angkor Wat is a magnificent set of temples located in the Siam Reap Province. It has become one of the most important archeological sites in the world, existing way back to the 7th century.

According to UNESCO, Angkor Wat is a World Heritage and is one of the largest religious monuments in the world. It spans over 100 hectares and was constructed as a Hindu Temple centuries ago to worship Vishnu. After a while, it was transformed into a Buddhist Temple during the 12th century by King Suryavarman of the Khmer Empire in Yasodharapura as the capital. Nowadays, the capital is known as Angkor.

Visiting Temples of Angkor means that you will visit one of the most magnificent heritage. The stunning grand scale and the details have been proof that in the past, the Khmer Empire is an architect genius. The temple is the representative of Mount Meru, a sacred mountain for the Hindu believers. Mount Meru is believed to be a home for Gods and is believed to be located beyond Himalayans.

The central tower of Angkor Wat is scraping the sky for 65 meters or 200 feet approximately. It is surrounded by 4 smaller towers and the remains are still being searched, enclosure walls and its layout resemblance the Mount Meru. The center of the temple can be entered through a steep staircase and Vishnu Statue at the top.

From that tower, Vishnu and the King ruled his kingdom in the past according to Eleanor Mannikka, a researcher that has written a book about Angkor Wat. During its golden time, this temple city is assumed to be home to 500,000 to 1 million people.

Angkor Wat has the main entrance directed to the west. The west direction is associated with Vishnu and is also the direction of death. Therefore, scholars have not been able to actually determine and conclude the use of Angkor Wat. Until now, Angkor Wat is seen as a temple and as a mausoleum of Suryavarman II.

Another magnificent feature of Angkor Wat is the details of its decorations. The central complex has stunning reliefs, carvings that tell the story of historical events, legends as well as mythology. Buddhist icons can also be found in the carvings. It is also famous for its apsaras or heavenly nymphs. The amount of apsaras carved into the wall is estimated to reach 2000. The splendid Angkor Wat itself is situated in a moat which is used as irrigation to collect water during monsoon. Another use of the moat is to help stabilize the temple’s foundation thus preventing groundwater from rising high or low.

Once you are in Angkor Wat, you can’t miss out the chance to visit Angkor Thom and Ta Prohm Temple. Angkor Thoms has its own highlights, The Terrace of Elephants which as a depiction of the famous battle in Khmer history and surely the face temple. Face temple might look like rubble from afar, but once you get closer, you could see massive smiling faces carved into the temple. The reliefs are not to be missed as well as it’s incorporating approximately 11000 figures.

Read :   7 Best Floating Markets in Bangkok You Must Visit

While Angkor Wat and Angkor Thom bear the name of “city of temples”, Ta Prohm is magnificently the opposite. The ancient temple has been swallowed by the jungle and it looks like just the same when it was found during the 19th century. In Ta Prohm, you could see the fig tree “conquering” the temples.

Everything You Need to Know Before Visiting

Angkor Wat and its surrounding temples can be visited all year round. However, you might want to avoid the peak season from November to February. You may want to try visiting Angkor Wat during the dawn as the temple opens at 5 AM for tourists who wish to see the sunrise from the epic spots.

You could buy tickets for one day, 3 days which can be used for a week, and 1 week which can be used for one month. Choose the one that suits your itinerary and budget, if you wish to look closer on the nook and cranny. Don’t hesitate to pick the longer time cause the visit will be so worth it – to learn and be amazed at these ancient and genius architectures.

Get your plane tickets here and pick one of these accommodations for your stay. Only one click away and you will have the time of your life in these otherworldly temples!

get promo hotel in cambodia here!!
2 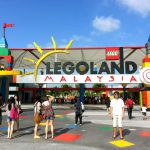 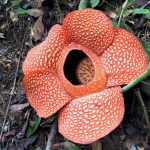 Rafflesia Arnoldii – The Largest Flower in The World is in Indonesia 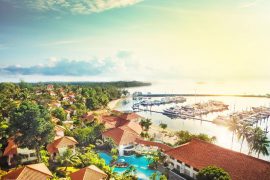 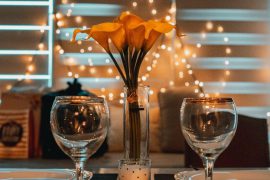